Behavioral Economics and Decision Paralysis: The Problem of Choice Overload 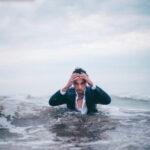 How many times a day do you make a decision? Most likely you have never thought about it until you are faced with a major decision and no one answer was the right one. It may end up to be the one you finally make and even then, you walk away wondering if it was the correct decision.

While we make decisions every day without bringing the process to the front of our brains, there comes a time when a major decision dominates our lives. We feel pressure for making the right choice. When it comes to an important decision, it can drain you emotionally and physically.

A Duke University study highlighted this dilemma as pointing out it takes a lot of internal effort make decisions and then to feel comfortable with them.

Who is setting the table?

But the bigger question is, are we being manipulated by how options are presented to us?
We don’t often have the power to control the amount of amount of daily choices we have to make. What we do have is changing the way we think about our choices.

A fairly profound example of “decision fatigue” was observed by some researchers in Israel with parole judges and when they would grant parole. A system was designed that broke up the food breaks during the day into three separate sessions.

The study found that the judges’ rulings were more positive in favor of parole at the beginning of each session. As the day wore on, the favorable options dropped before the next even though the circumstances were the same. It appeared that the decision-making fatigue was better after short food breaks.

Barry Schwartz, the author of The Paradox of Choice, researched that more choices only lead to decision fatigue. Schwartz claims that too many choices cause frustration as individuals only value a few features before they make their decision.

This is the problem with too many decisions. It makes people think too hard and they don’t necessarily want to. Fewer choices often lead to a quicker decision. In the world of websites, this scenario can be problematic for businesses heavy in features. People can get easily overwhelmed and leave out of confusion.

The perception of choices is a good thing for consumers, but perhaps maybe not. Power Retail suggests that the illusion for consumers to have a wide range of product to choose from translate into a to higher satisfaction level, when in fact the opposite may occur and turn into a negative user experience.
With the proliferation of technology and options that are supposed to make our lives more efficient and organized, the pressure to make a decision about which “app” to use has created more choice and perhaps more stress in making decisions. The wise developer will reduce the number of options and eliminate choice and unnecessary features to combat decision fatigue.

Less is more as they say…

Too many choices can affect your marketing campaign, according to AdLibbing. Choice overload can occur and lead to no choice at all. When faced with too many options, customers may feel frustrated and just walk away from a purchase. In addition, a lot depends on what time of day and sometimes day of the week people are making those decisions.

When marketers are creating a campaign, they need to be aware of decision fatigue. In the fast and overwhelming world of technology, no one is immune to information overload.

The Ad Council suggests that those involved in creating product be aware that people are busy and juggling many factors just in one day. It’s important to simplify options to allow for meaningful decisions.

They suggest a few rules to keep in mind:
• Keep complex issues clear. Do not make them choose where to begin or what to prioritize.
• Include on meaningful information. More information does not necessarily lead to informed choice.
• What is the most critical information your audience needs?
• Encourage people to take breaks.
• Offer consumers fewer options.

Sheena Iyengar discussed in a TED talk about a study regarding retirement decisions of one million Americans from choosing from 650 retirement plans. Fewer people participated in plans with more options. The ability to make a decision was reduced. Once the presentation was altered and there were fewer options, more people participated.
Condition customers for complexity.

Iyengar said that people can be trained to make more complex decisions if the options are gradually increased in a way that doesn’t feel threatening or overly manipulated. Basically, she said, you can “condition for complexity.”
She outlined it this way: “You begin with the first decision one of fewer categories and options than the ones that follow. Utilizing this method makes people more likely to participate in ongoing decisions.”
She used an example of buying a car online and picking the options one by one. In fact, there are 60 decisions to buying a car online, but it begins simply and the choices are placed within categories which make the process less overwhelming.

In order to have the most success with clients, no matter how savvy, keeping the decision-making process under control is critical to how a buying scenario is presented. Keeping the options clear and simple may lead to a better outcome than offering too many choices.