Can Artists Survive in San Francisco? How The City Supports The Arts Community

San Francisco is taking a lot of hits these days about the cost of real estate, the cost of living and the intractable homeless population.

These are accurate and fair. It’s true. We do have a lot of challenges here in the Bay Area. But equally true we have a lot of wonderful things going on. What I’m going to highlight here is one part of th 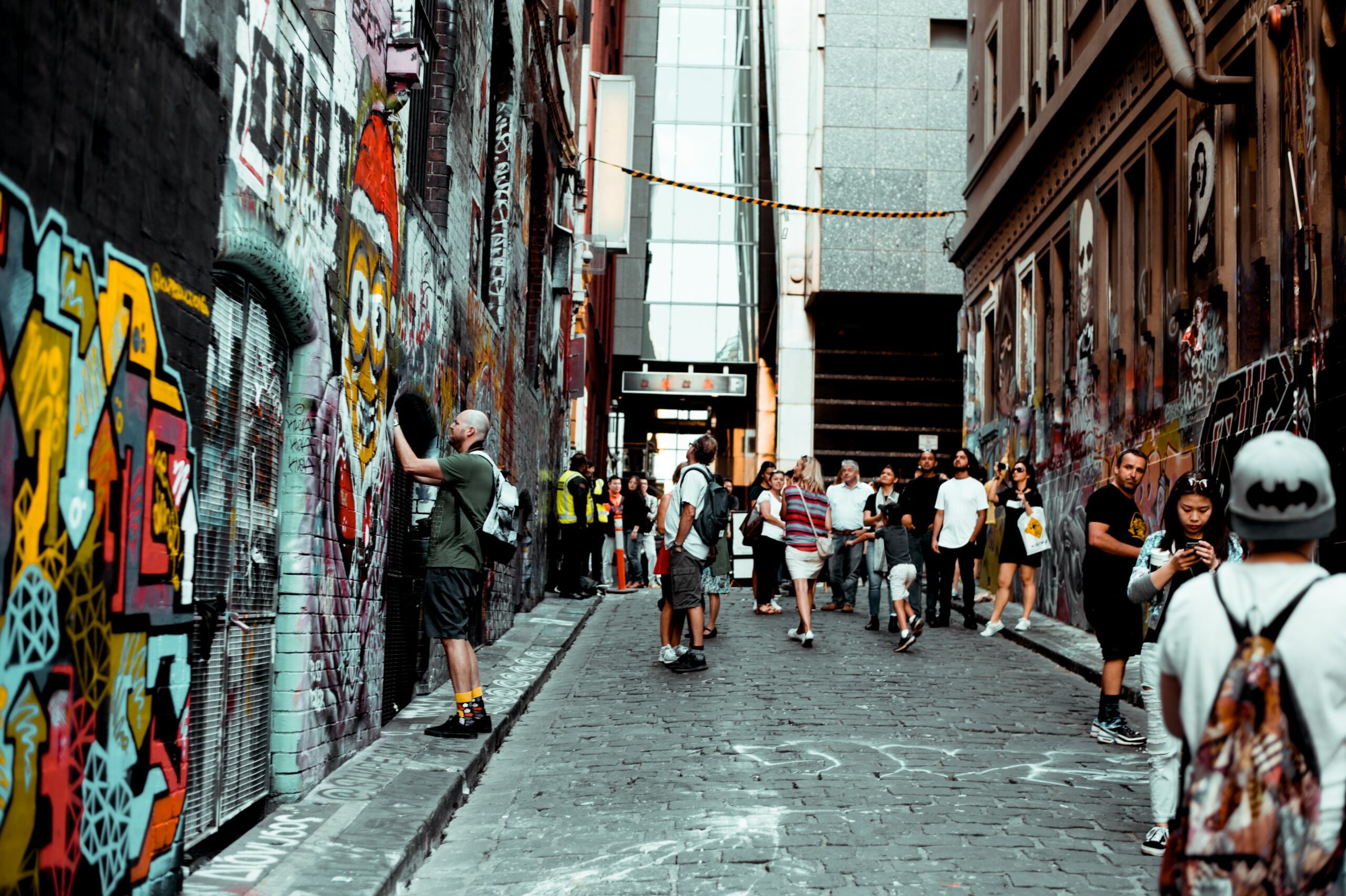 The arts flourish in the Bay Area’s environment that values open expression.  The literary community is vibrant, and governmental and private support for visual and orchestral expression abounds.

It’s an odd thing, but anyone who disappears is said to be seen in San Francisco. It’s a city for those who feel “other,” who feel lost, and then find themselves in the Bay Area. — Oscar Wilde

A place of escape, refuge, and salvation from the rest of America. — Jack Kerouac

Evie Leder is a three-time winner of San Francisco Arts Commission Individual Artist Commission. Her most recent art is photographs of disconnected body parts. She is experimenting with objectifying men’s bodies without sexualizing them.

“Ive made good work over the years in various forms, but it’s always been focused on representing my community … Now I’m exploring what it means to be me making work instead of trying to perform an identity. So, I guess I’m maturing as an artist.”

When street artist Locust Songs moved to San Francisco after graduating from high school in Michigan, he became a member of a new crop of artists that was burgeoning in the 1980’s, 1990’s and 2000’s.  He paints large murals; his “canvases” are walls — both in rooms and on the outsides of buildings.

Artist Edith Boone, a great-grandmother born in 1938, brought her family to Berkeley from Harlem in the 1970’s.  She has focused on Bay Area community mural projects that express public advocacy for racial and social justice.  A New Color is a 2015 documentary that shows Boone’s MaestraPeace mural, a landmark she painted in her mid-seventies on the San Francisco Women’s Building, and focuses on her work with Oakland middle school students on a mural project and on her work with seniors in Richmond.

Murals by Boone and Songs fit well into the San Francisco context defined at least in part by artist Aaron Noble, who came to the city in 1979 to study at the San Francisco Art Institute.  Noble found the art community rich and exciting, and he developed his own style drawing on comic book superhero art.

“There were a lot of underground art spaces starting, and the art generated an incredible community around it.” Noble co-founded the Clarion Alley Mural Project, an alley replete with murals.  The alley has been embraced as a “spiritual homes of the Mission School and New Mission School arts movements.”

Works by these muralists fit well into a rich Bay Area tradition of both private and public support for the arts, including new and experimental explorations and expressions.

Artist Andrew Schoultz told Hyperallergic that when he got to San Francisco in 1997:

… a whole new world opened up for me. To see Clarion Alley was astonishing and empowering — it wasn’t just for muralists then. It was activists, musicians, poets, crazy performance artists. The art that was going on at that time in the city was very different than what was happening everywhere else. People from all over were moving to San Francisco to become part of it. It really was a time of magic and wonder.

Southern Methodist University’s Data Arts Vibrancy Index measures the cultivation of higher levels of arts activity per person for communities of all sizes across the country, defining vibrancy as “pulsating with life, vigor, or activity.”  In their most recent (2016) study, the San Francisco-Redwood City-South San Francisco area scored first among the 20 large communities in the country.  New York-Jersey City-White Plains came in second, and Washington-Arlington-Alexandria was third.

Several Bay Area organizations show strong regional support for individual artists, such as San Mateo County’s ART BIAS, a non-profit Redwood City-San Carlos art center that is “dedicated to building a community of practicing artists and providing the resources and opportunities they need to thrive. They provide artist studios, professional development events and resources, exhibition opportunities, and a thriving community of artists interested in each other’s success.

Appreciation from the business community provides another segment of that support.  Many tech companies in Silicon Valley have set up separate funds and direct their giving to the arts.

Joe D’Alessandro, president and CEO of the San Francisco Travel Association, noted that: “The city’s diversity of museums, theatre, festivals, dance, literary arts, music, light art and unique character make the city a unique and a desirable destination for travelers… We position the cultural assets of San Francisco as one of our strategic marketing pillars as we promote the city globally.”

San Francisco is a city that was forged by the combustion of the Gold Rush and the open road for people who don’t feel accepted anywhere else.

The city embraces those who are willing to sit on a fault line that can erupt any time. Artists flock to their free-spirited non-conformist lifestyle and find a home.