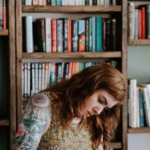 Lately I’ve seen several posts and questions from people who are writing their first book, but getting comments from people telling them they will never get published or, if they self-publish their books will never get found for read. They will tell you their story about failure, and if they failed, you will too.

I want to scream. Don’t to pay attention to those nattering nabobs of negativism.

Keep writing, keep sending out queries, keep going and don’t stop. Believe in yourself and your book. Those near-do wells don’t know what they are talking about.  However, you will never get published if you don’t try.

And, as my agent said to me as she was trying to sell my book, “All we need is one publisher.”  Yes, I said “agent.” I’ll get back to that later.

I’m not here to brag or gloat because I did land an agent, eventually. Had I stopped trying, I wouldn’t be writing this post to share with you how eventually, after rejection, after rejection and on and on, I connected. But that was not the end as I said earlier, she had to try and find a publisher, and that was the next step of rejection after rejection.

In some ways, getting published is a game of persistence. Never give up. Something will happen, but it won’t if you stop trying.

Here is a tip: I found my agent on a website called FirstWriter.com. I have no connection with the site. Only that I found it very useful in many ways. You enter your profile and it will curate that information for you. Also, they have an extensive database of agents and publishers.

I did not self-publish as my book is nonfiction and there is a lot in it about the federal government. So, my challenge was to find an agent so I could get commercially published. I needed that credibility factor, so my challenge was steep. I had no background as an author. I didn’t have a website and had never written a blog post. I knew nothing about the book publishing world. I just wrote a book.

But I made it because I didn’t give up. You must believe in yourself and your book.

I’m not an expert about self-publishing but from my view, it’s extremely successful for many people. Some wouldn’t do it any other way even if they had the chance, so that tells us something.

Keep going. Something will happen. I can’t say this enough: Believe in yourself and your book.