Rebecca Lester’s book “Famished: Eating Disorders and Failed Care in America,” attempts to cover the medical communities’ Herculean efforts to cure a wide range of eating disorders. The book focuses on the complicated relationship between the attempts to treat those who suffer from eating disorders and the apparent failure of the system to heal them. And at its heart, Lester writes, “It is critical to understand that eating disorde 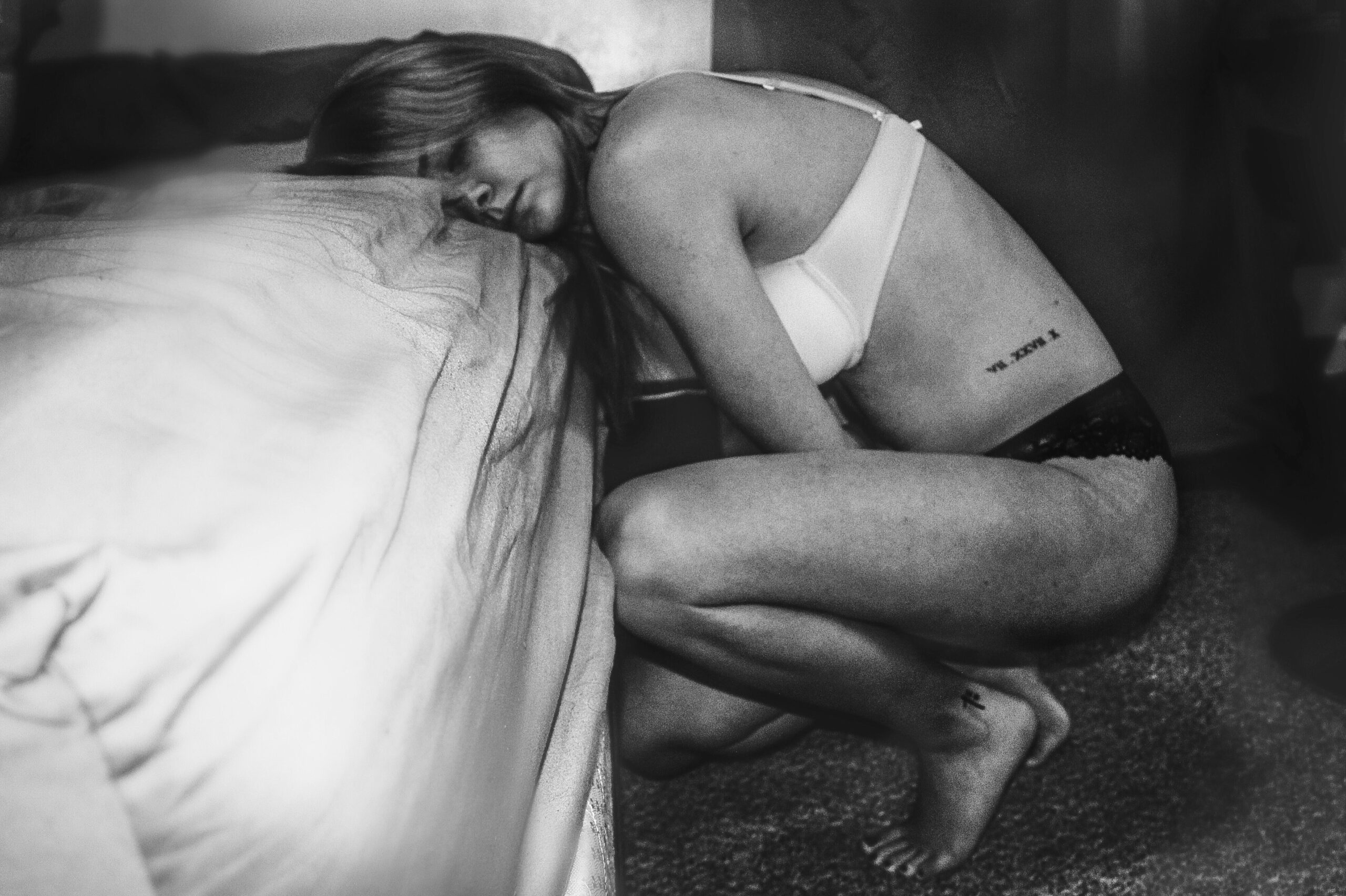 rs are not about food—not really. They are about a deep, abiding, toxic shame and self-negation that is so embedded that it may never fully be eradicated.”

The author’s professional qualifications include being an associate professor of anthropology at Washington University in St. Louis and a licensed clinical social worker. Her award-winning work, “Jesus in Our Wombs: Embodying Modernity in a Mexican Convent,” takes us behind the walls of a Roman Catholic convent in central Mexico to explore the lives, training and experiences of a group of postulants—young women in the first stage of religious training as nuns.

“Famished” is an in-depth academic book with long passages of scholarly medical language. Her research is impressive and exhaustive. It is not a casual read.

Lester follows several patients through their treatment at Cedar Grove Eating Disorders Clinic in Wisconsin, delving into the range of psychological and physical disorders that brought them there.

In addition to her academic credentials, Lester has a deeper level of qualification in writing this book: She struggled with anorexia as an adolescent:

I came dangerously close to dying from anorexia twice, once when I was eleven years old and then again when I was eighteen. I was hospitalized both times for several months and spent years in outpatient therapy in recovery. … Between the ages of about eight and twenty-six, I was, at various times, an anorexic, a bulimic, a compulsive exerciser, and a binge eater.… During those bleak years, I learned that there are an infinite number of ways to treat one’s body as a detestable, yet constant, encumbrance. I frequently used diet pills, laxatives, stimulants, and anything else I could think of to wrangle, discipline, and punish my body into some sort of semblance of acceptability and to feel, even briefly, that I deserved to exist. It never quite worked.”

Lester describes tricks that inpatients used to game the system, such as hiding food in napkins so they didn’t have to eat, and drinking a lot of water before morning weigh-ins, a practice she calls “water loading.”

She recalls the funeral of a young woman named Allison, who had been a patient at Cedar Grove. Just a few days before her death, Allison had been deemed a success story. She left the clinic healthy. However, her years of anorexia played havoc with her body; she had a heart attack and died at the age of 27.

Such is the stuff of “Famished.”

Lester wants her book to address why so many patients who are treated for various eating disorders do not get better, and as she points out, remain ill, become sicker, and even die.

A typical client, in a psychological profile given by many therapists, is described as a “person who is genetically and temperamentally primed for high levels of anxiety or hypervigilance, thought to be particularly sensitive to becoming a victim of an eating disorder.”

“Food is medicine and medicine is food” is the standard mantra for treatment of eating disorders. Patients are taught that food is healing. Those who suffer from eating disorders are threatened by the ingestion of food, which is charged with frightening symbolic meanings. As Lester writes, “People with anorexia are terrified of food and other substances entering their body in the same way a person with claustrophobia is afraid of small spaces.” The clinic aims to change this.

Many of Lester’s stories allow the reader an intimate relationship with the clinic’s patients. A woman named Betsy recalls how her bulimic daughter Miranda, another patient at Cedar Grove, was driving a car and stopped in the middle of a highway, unable to decide which way to turn. Among other symptoms, those suffering from this disorder have a difficult time making decisions: “The depths of misery, the swells of anxiety, and the knots of fear that will make everyday life unbearably awful and depleted thoughts with tunnel vision and shaky limbs, the foggy mind, and careening emotions: the vigilant body in full, thrashing survival mode.”

Andie was 19 when she became a patient at Cedar Grove. She did not look or act like a typical patient; she did not look sick. She appeared to be very self-assured.

Andie had been through eight weeks of residential care a year before at a different clinic and had relapsed badly.

Her parents were frustrated and out of money. Andie was able to get a bank loan to pay the treatment costs of about $1,000 a day at Cedar Grove. Most insurance companies don’t cover certain types of eating disorders, but Andie was admitted with the diagnosis of bulimia nervosa. Before being admitted, she binged and purged several times a day. Some weeks, she only left her apartment to buy food. She had serious depression as well as anxiety for years.

Andie had tried several medications, including standard antidepressants, which failed to help her. She dropped out of college, where she had excelled, stopped seeing her friends, and isolated herself from her friends and family. She was able to leave Cedar Grove eventually, but continued to subsist on low levels of food. She graduated from college; life continued to be a struggle. At times she almost killed herself. For Andie, caring for her body by eating properly was immoral.

It is stories such as these that give the casual reader a glimpse into the devastation these eating disorders cause the patient and the family.

Much of the book, however, is written more as a textbook for medical professionals than the lay reader. It references the DSM (“Diagnostic and Statistical Manual of Mental Disorders”), and uses psychiatric criteria.

Lester concludes that the methods used by the medical community today are inadequate and, in fact, detrimental to those who suffer from these disorders. She espouses that our “for-profit” medical system causes undertreatment, which can result in deadly consequences:

With eating disorders, where a core part of the illness is believing one doesn’t deserve to want or need anything at all, a care system that pathologizes desire and need and withholds care is inherently and profoundly problematic, producing relationships of care that are fraught, ambivalent, and even damaging, although they can also be productive, meaningful, and healing. Understanding these complexities of care will give us insight into the cultural and social conditions of its emergence and point us toward new modes of intervention.”

Eating disorders, for people in the throes of one, are at heart about feeling unworthy to exist, feeling that they don’t have the right to take up space (physical, interpersonal, political, social). Eating disorders are about feeling so fundamentally wrong on all levels that the only thing one can do right is to disappear, to obliterate, to non-exist. Given this, people with eating disorders can never feel ‘sick enough’ to actually deserve notice, let alone care, despite the fact that care is what they need and crave more than anything.”

Lester goes on to say that the stigma against the illness and the lack of understanding about eating disorders impede the ability to change the treatment for this truly dangerous disease. She notes that “the really dangerous thing about bulimia is that someone can have perfectly normal labs and still be one purge away from a heart attack,” and that anorexia kills 20% of those who suffer from it, making it the deadliest of all mental illnesses.

Those who treat, study, or are afflicted with an eating disorder in the family will find excellent resources here. This is a book of sweeping research and offers some advice. But only those who are familiar with the disorder will fully understand the dimensions offered here.