How I became a journalist 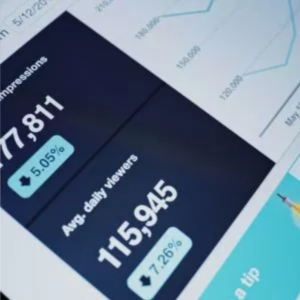 I have never taken a course in journalism. Some would characterize my development as a news person as having been “organic.”

What does that even mean? Well, I’ll just tell you my story and you can decide if it makes sense.

Let me go way back to the beginning of my budding career:

As a child of the 60’s, the first big issue when I graduated from high school was the acceleration of the Viet Nam war. Many of my male classmates were either drafted or volunteered for the military.

Also, developing at the same time was the budding of a new women’s movement.

I was never active in anything growing up. I joined very few organizations, except the Girl Scouts. I did participate in a youth organization at our synagogue called United Synagogue Youth (USY).

It was there that some activist issues came to light. One evening, several people came to educate us about the Freedom Riders in the south. In case you don’t remember, Freedom Riders were civil rights activists who rode interstate buses into the segregated southern United States in 1961 and subsequent years to challenge the non-enforcement of the United States Supreme Court decisions Morgan v. Virginia (1946) and Boynton v. Virginia (1960). Both of these events highlighted that segregated public buses were unconstitutional. The Southern states had ignored the rulings and the federal government did nothing to enforce them. The first Freedom Ride left Washington, D.C., on May 4, 1961, and was scheduled to arrive in New Orleans on May 17.

I was way too young to volunteer as well as even think of moving to the south to participate and I was not worldly at all but it sounded exciting and exotic to me while understanding the seriousness and danger being part of that would mean. It was still before the murders of James Chaney from Meridian, Mississippi, and Andrew Goodman and Michael “Mickey” Schwerner New York City known as the Freedom Summer murders.

What it did do expanded my world from the suburbs of North Hollywood, CA to the nation’s southern states.  A first for me on a personal level.

One of my first frustrations as a girl came in high school. I have a gymnast’s physique, broad and strong throughout my upper body and shoulders. Back then gymnastics was still mostly a boy’s sport and not offered to girls in high school. It was still too early for gymnastic clubs and the only way into it was through ballet lessons. Try as I did to get into gymnastics, I was continually thwarted, telling me it wasn’t a sport for girls!

By the time I was able to take it in college, I was way too late to get to a high enough level to compete against other schools.

I began to shift my focus to “equal” rights.  I bounced off the gymnastic discrimination as a way to channel my frustration and discriminating against girls’ sports in high school.

When I attended some demonstrations, I quickly realized if the press wasn’t there, the event may not have happened, as no one would know about it except those protesting?

I was out of school and working as a radiologic technologist in the South Bay area of Los Angeles and continued to participate in promoting equal rights for women. It was through these events that I met a woman who was publishing a weekly newsletter and she covered many women’s rights events.

I asked her for a job even though I had no experience in writing the news, photographs or selling ad space. She wasn’t picky as the job paid nothing but “experience” so I got “hired.”

It was a perfect place to learn the ropes. She guided me through the process, teaching me how to write news copy, how to measure for ads and even how to lay out the newsletter, which is what was done at the time.

From there I moved up to a real newspaper, the Mt. Democrat, published three times a week up the foothills of the Sierra’s. I freelanced for them as well as contributing a weekly column. Again, a deep dive into learning about what was news and how to write it up.

My big break came unexpectedly. I was standing around somewhere in Placerville chatting with a group of friends when one guy said he heard the woman who was a correspondent for the San Francisco Chronicle was leaving her post covering the South Lake Tahoe region and they were looking for a replacement and this guy was planning on applying.

Gee. Suddenly I needed to go and made a direct drive to my home in Pollock Pines, called the Chronicle, asked for the person who handles correspondents and applied, so to speak, on the phone. The editor was Jim Brewer, a gravelly voiced old-time editor who asked for my experience and would I send him some clips of what I had done. Back then, we did not have the Internet the way we do now, so I copied and mailed him several stories and also mentioned, I drove a four-wheel SUV, lived not far from the South Lake Tahoe Valley and knew my way around.

That was my big break. I got hired. My first job for them came when a big fire broke out up in the Sierra’s called the Chili Bar fire forest.

When I called into the paper to tell them about the fire, Jim said they would be sending up their regular reporter. Frustrated, I decided to go to the staging area anyway, where the fire, police and press would gather. I asked around to see who was there from the Chronicle. No one answered so I gathered all the info and called Jim with the story. He thanked me, took it down and again, they would be sending their own people the next day. You guessed it. Again, I covered the story and also began to take photos. This went on for about eight days, with me being the press for the Chronicle, even going up in a helicopter with the other newspaper reporters.

By the end of the fire coverage, I had established myself well with Jim and created a relationship as a regular contributor. In a short time, I became a fixture with regular the news team that included the Sacramento Bee, Associated Press, United Press International and the Tahoe Daily News.

When I returned to Southern California, I established myself with the Los Angeles Times. My news career continued to climb in interesting directions, including being an editor for two technology newsletters in Washington DC. Today I’m writing for an investigative reporting firm and loving every minute it.

I’m one of the journalists who learned on the job. My educators were editors who were determined to put their stamp of style on my work. I learned that all publications have their own way of creating copy, regardless of what the journalism courses say.

I also learned, very early on, that if you have a “thin skin” and can’t take any pretty harsh criticism, find a different career.

However, if you are like me and absolutely love doing research and digging for a story, this is the best job in the world.