​Taking Aim at the President has been optioned for a movie by executive producers, Taylor Allen and Andrew Logan, who produced the movie Chappaquiddick, which came out April 2018. 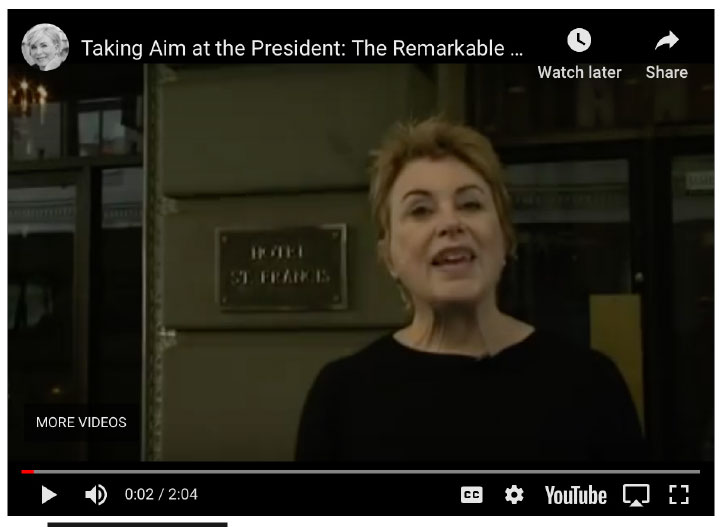 Taking Aim At the President is the true story of Sara Jane Moore, told in a riveting narrative voice, presenting history you won’t find anywhere else.

From Taking Aim at the President…..